Steve Proctor (Butchers) at the table, Bulls Head 'B' team looking on. 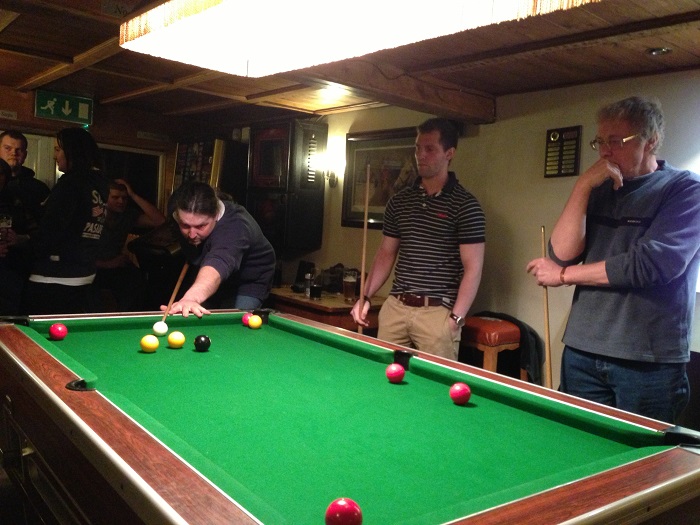 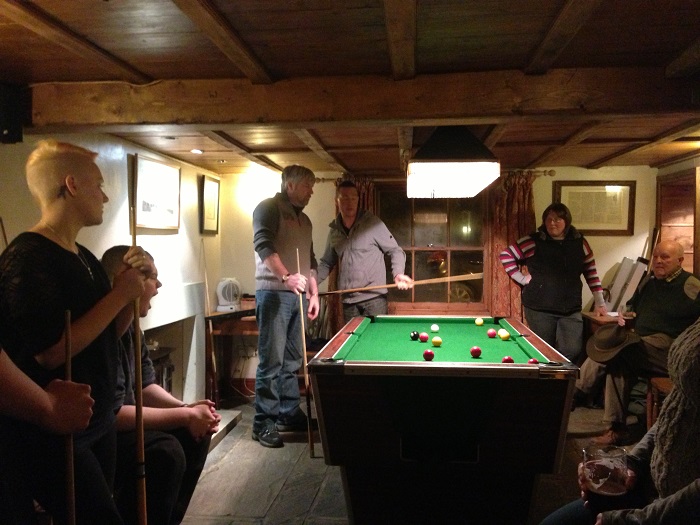 John Green (Waterloo) potting himself into a snooker. 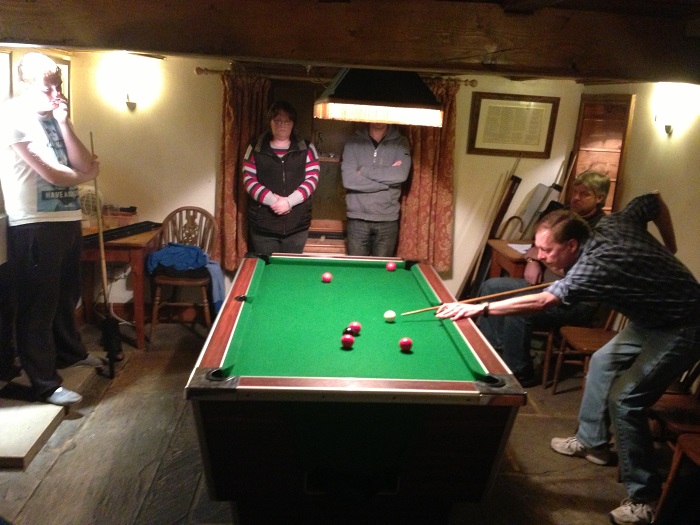 Holmes (Sterndale Moor 'B') with little to go at. Smiff eyeing up Henrys next shot. 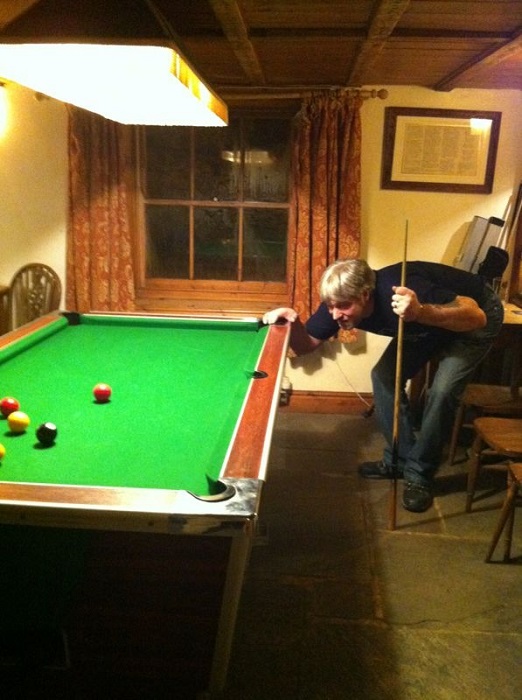 Holmes going for the win but this shot pushed the black safe. 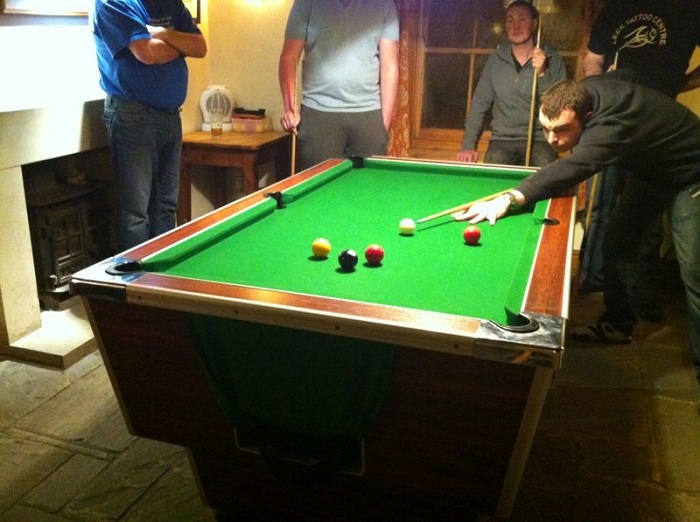 Grindon with a tricky last colour (was harder than it looks). 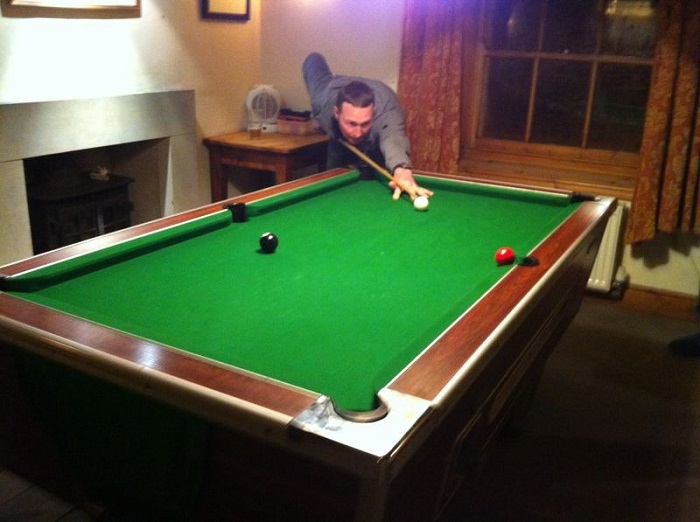 The finale, the double that wasnt.